As the title implies, this is actually a double-feature of sorts, considering I had two separate, yet equally powerful, takes of one line, and if you know the name associated with the second half of this entry’s title, then allow me to congratulate you for actually knowing something about movies that can’t be relegated to the pages of TV Tropes. 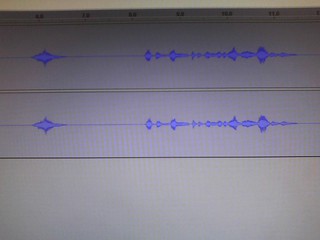 Admittedly, though, I never actually saw Casablanca. I wasn’t even a gleam in one of my grandparent’s eyes when the film first premiered back in 1942, although I have heard several of its lines in passing over the years, to the point that I now know for a fact that no one in that movie ever really said the words, “Play it again, Sam.” 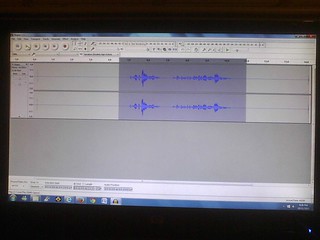 This brings us to a four-star Audio Assignment, that I took during my mid-term period, wherein I had to do the following:

Take a famous line from a movie and remix it to create an entirely new story from just this one line. Get creative, but make sure to have a good balance between what you add and keep to make sure that the line is still recognizable, but tells the story completely differently.

The line I selected was the final line uttered by Humphrey Bogart’s character, Rick Blaine, as he and Captain Louis Renault, played by Claude Rains, walk off into the fog: “Louis, I think this is the beginning of a beautiful friendship.” As for my remix, well, allow me to point out that the film took place between the 2nd and 5th of December, in 1941. Guess what happened later that week.

While there were no audio samples used here, save for my voice, and very few edits to make, outside of deleting the clicking sounds of the play button on Audacity, I did make sure to set the right tone for both versions, considering the tragic events to come. Basically, Casablanca can be considered a prequel/sequel hybrid, of sorts, to John Kander and Fred Ebb’s 1966 musical classic, Cabaret, in that both take place in the last years – or last days, in Casablanca‘s case – before World War II threatened to drive all existence to total extinction, a feeling that still lingers to this day, given our fear of letting go of our nuclear weapons entirely. Suffice it to say, I think my edits to the quote have painted a far more dramatic picture in the original’s place, so I’ll just let you know that both of these entries are now available, for your listening and dancing pleasure, on SoundCloud.