Paint it Black (and White)

For this Daily Create challenge, I had to “do a monochromatic still life sketch.” I decided to use an Apple iTunes application, known as “Pic Sketch,” on an old photo from one of my previous assignments. To be more specific, the picture I chose was from a Halloween-themed Daily Create I called, “Pump(kin) It Up,” where we created short videos using pumpkins as a theme. As a bit of a saving throw from that sordid affair, I chose one of the photos from that particular video – it’s one of the two that aired sideways in the original release – and used Pic Sketch on it to provide the necessary effects. Once I was satisfied with my minimalist monochrome masterpiece, I uploaded everything onto my computer’s hard drive, before turning it in using both my Flickr account and my Twitter feed. 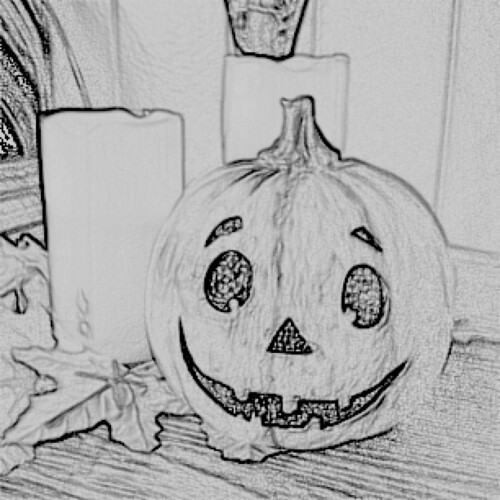