The following is a step-by-step breakdown of an original concept of mine. It should be noted, before we start, that this is a parody of mashup tracks, in that the results will most likely be far less than desired and far more than hilarious. Hopefully, you’ll enjoy listening to the final product as I’ve enjoyed making it. 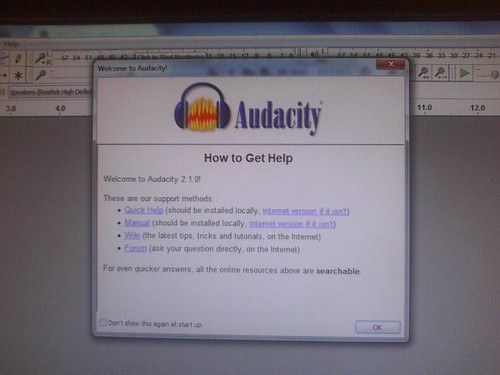 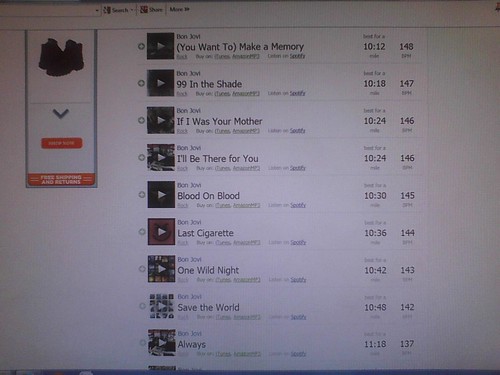 For starters, you need to download the audio editing software of your choice; in my example, I will use Audacity. After you do this, it would be wise if you plan ahead, and think of which musical acts you remember that you think had at least two songs with, more or less, the exact same beat. 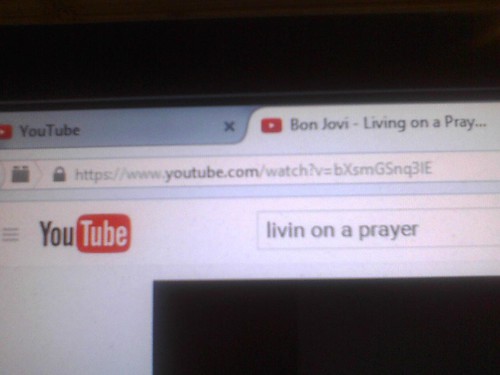 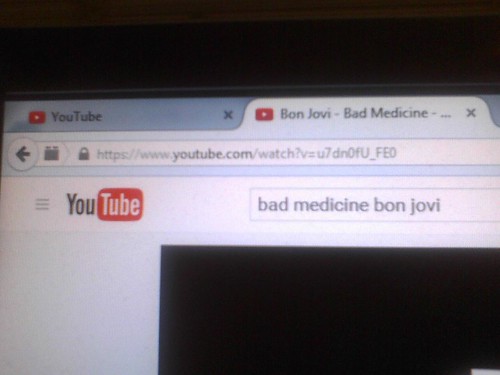 In my case, I went with three attempts at making a backwards-sounding song out of two forward-sounding tracks: “Livin’ on a Prayer” mixed with “You Give Love a Bad Name,” both by Bon Jovi; “I’ll Be There For You” mixed with “If I Was Your Mother,” both also by Bon Jovi; and “Jeremy” mixed with “Even Flow,” both by Pearl Jam. 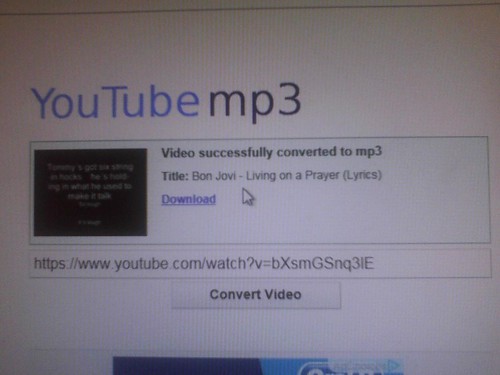 When you figure out what pair you want to mash up, I personally recommend looking on YouTube for any available audio footage, of the songs you wish to use. The reason is that you need to copy their URLs onto another site, specializing in MP3 conversion, as that’s one of the only available forms of audio media that can be successfully imported to, and exported from, Audacity. 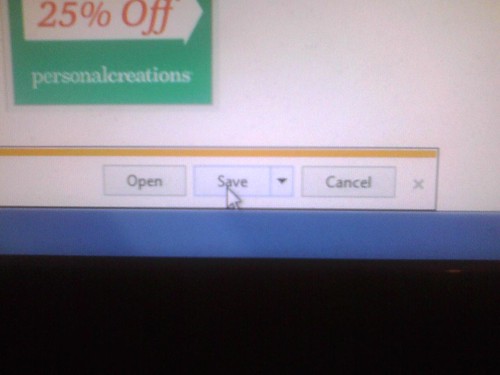 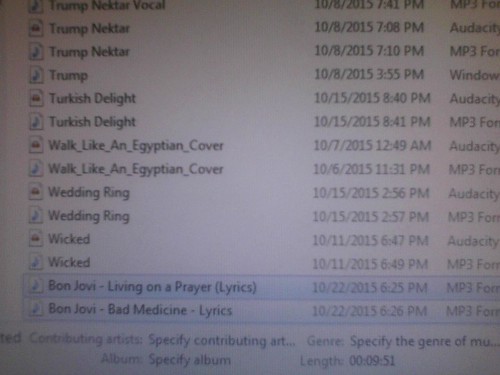 Once you’ve memorized the URLs connected to the songs you wish to use, find a YouTube-to-MP3 site as soon as possible; if it’s available, paste your copied URLs onto their search bar, one at a time, and click the button that converts the audio into the necessary MP3 file. Make sure to save the downloads, once the options come up, before taking part in any future steps; without these files, you won’t have anything to mix. Transferring the newly-downloaded files onto a memory card wouldn’t hurt. 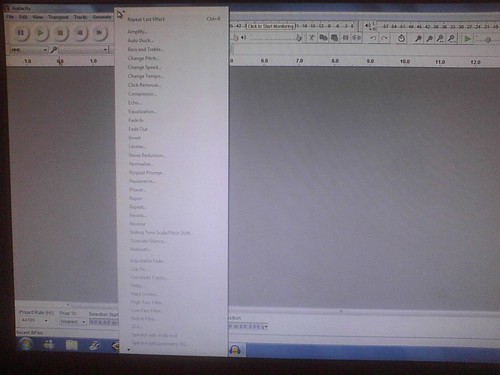 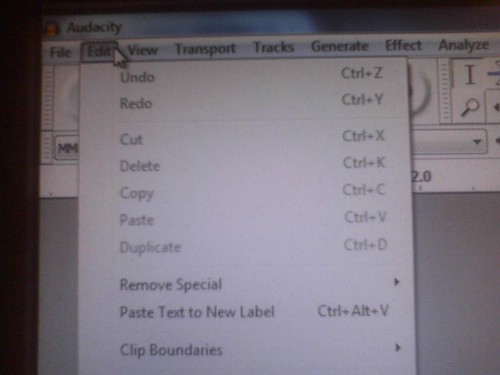 As soon as everything’s saved, it’s time to use Audacity, but not before taking the time to know which tabs trigger which effects, so as to avoid any potential mistakes you could make along the way. 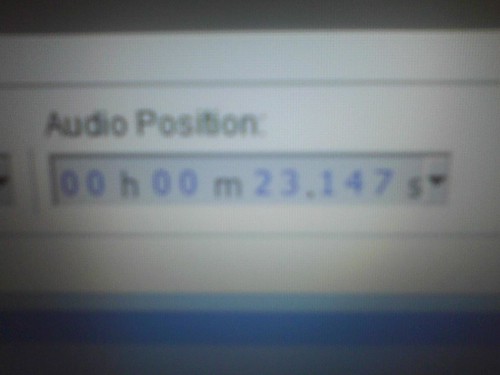 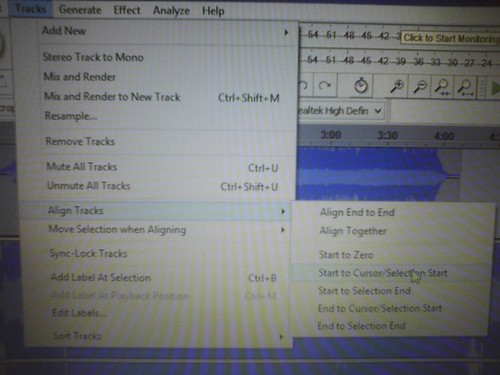 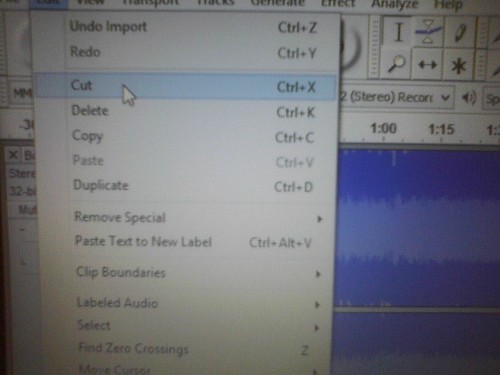 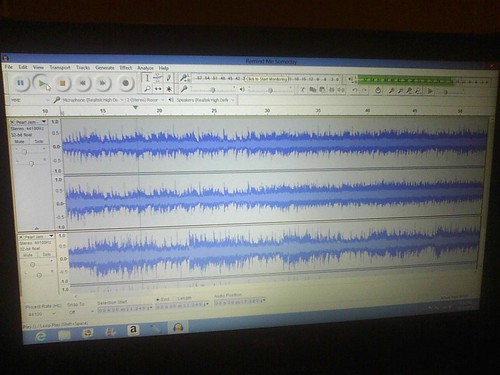 By the way, one thing about the MP3 files you’ve just downloaded is that they play your chosen songs in their entirety; this is where things really start to get tough for you, as now, you have to edit the songs in such a way that as much of the similarities you first noticed regarding your two songs are also noticed by future listeners. If you happened to mess up during the editing process, you can still go back by pressing the Control and Z buttons on your keyboard, together, to redo the intended edit from where the botch took place; pressing Control and Y together will, eventually, return you to your most recent edit. 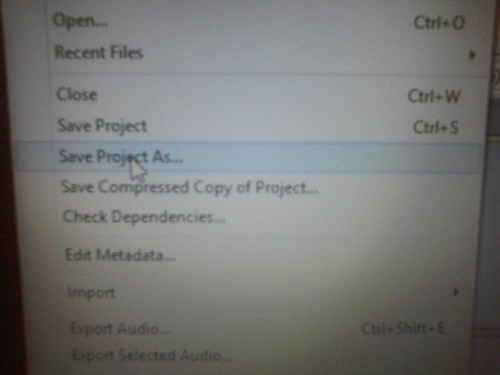 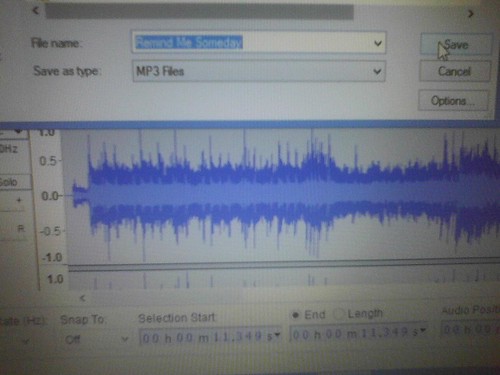 Once you’re satisfied with everything you’ve done, be sure to save your final draft as a software-exclusive file, before exporting the audio onto an MP3 file, as that is necessary for transferring audio onto SoundCloud, or another audio-based website. 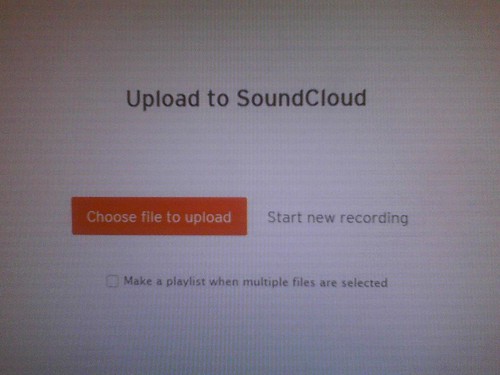 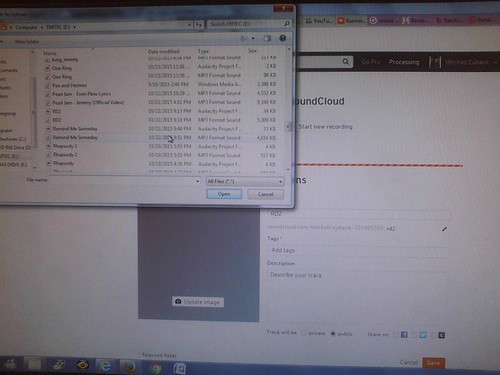 From there, all that’s standing in your way of another accomplished assignment is yet another round of the usual paperwork. Log onto your SoundCloud account, upload the newly-edited MP3 files – preferably with the necessary tags, obligatory catchy title and detailed description – and, once everything is filled in to your liking, just hit the “Save” button.

If SoundCloud doesn’t approve of your choice of mashup – most likely due to a copyright dispute, you can upload your mashup in video form, using a YouTube or Vimeo account. As an example, I’ll post my Pearl Jam mashup onto my YouTube channel, like so:

Using VideoPad by NCH Software, I edit a public domain image of the Ace of Spades into a “movie” that’s really just a still shot used to promote a given song. Typing the credits first, and then uploading the image onto a separate “video track,” I was able to create the effect of the credits being laid over the image. I also selected an “old film” effect for the card, to add to the rough-and-tumble feel of the songs, and a “ripple” effect for the credits themselves, to add to the “moving picture” feel. After saving my “video” as an AVI file, I import the footage onto Windows Live Movie Maker, which allows me to add opening and closing credits to my “film” before uploading it onto YouTube, crediting it with the right messages and links, when necessary.

The most important thing to remember from this task is that you have to have fun with it. You’re not going to get the perfect mashup on the first take, if at all, and even the one that this challenge is named after – the infamous “How You Remind Me of Someday” – needed a bit of editing to reveal the fraud being parodied here. Ultimately, the whole point is to provide a high-impact exercise of your use of Audacity, just to make sure you know how hard the producers of your favorite records have it, and I believe that experience, alone, is more than worth the five stars I give it, as its one of the easiest challenges you’ll face in DS106, as well as one of the toughest.