Another week is in the books, and another two challenges are completed, as this time, I had to do two Web Assignments worth no less than six stars. Naturally, I chose two three-star tasks to check off this part of my weekly list, but this one managed to have its score balloon to three-and-a-half stars by the time I managed to get everything in order.

To make an embarrassingly long story short, even if I am too late for that, the task I’m referring to is the “BuzzFeed Personality Quiz,” which I used to – albeit quickly, due to time constraints – construct a quiz modeled after a favorite anime series of mine.

Based on one of the earliest-known works of Detective Conan creator Gosho Aoyama, Magic Kaito 1412 may have only aired in Japan, starting around this time last year, but I openly enjoy it, even now, as it’s willing to take the tropes we normally associate with the mustache-twirling villains of old, and subverts them, for both dramatic and comedic effects, depending on the situation.

How else could you justify the fact than an aspiring stage illusionist decides to become a jewel thief to solve the mystery of his father’s (supposed) murder; his childhood friend uses a janitor’s mop as a weapon, whenever she gets angry; one of their classmates is a wicked, young witch whose only goal in life is to make every man in the world her slave – with the help of Lucifer as a spirit guide; and another one’s basically Sherlock Holmes, but without the drug addiction? This is what I was looking at with the task before me; it was a chance to see which high school archetype you are… if that school was in the “Land of the Rising Sun,” and your class clown doubled as the “Magician Under the Moonlight.”

The process began with the usual round of paperwork: Log on to BuzzFeed, preferably with my Google+ account; select “Make a Post,” “More” and “Quizzes,” in that order; and then, see what I could do with what the site could provide me. It was practically smooth sailing from that point onwards, as I gave four personality profiles when I was only asked for three, each one connected to one of the main characters in Magic Kaito – the titular phantom thief, Kaito Kuroba; the police inspector’s daughter, Aoko Nakamori; the scarlet temptress, Akako Koizumi; and the son of the superintendent general, Saguru Hakuba. 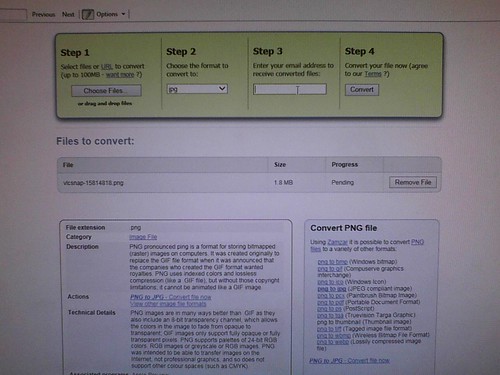 Admittedly, the toughest part was the construction of the questions, themselves. Again, tying everything I know about Magic Kaito into a personality test was going to be a close call, but I think I made everything work out for the best, right on down to the photo selection for each question, and possible outcome of the test. 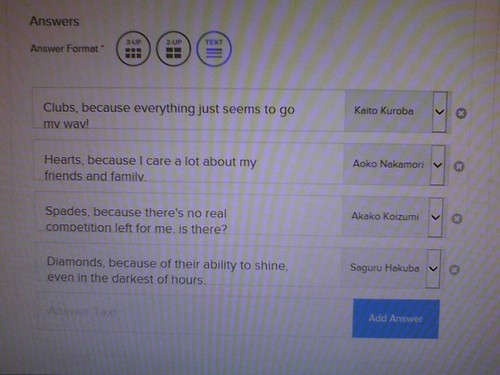 The writing process took more time than I expected, but if it wasn’t for last-minute inspiration from the likes of Baggage and The Newlywed Game, as well as the idea to end everything on the biggest potential stealth pun of them all, I wouldn’t have gotten the necessary minimum of six questions needed for the test to be published. To be fair, starting the test off with a question about making the best possible entrance into a party didn’t hurt, either. 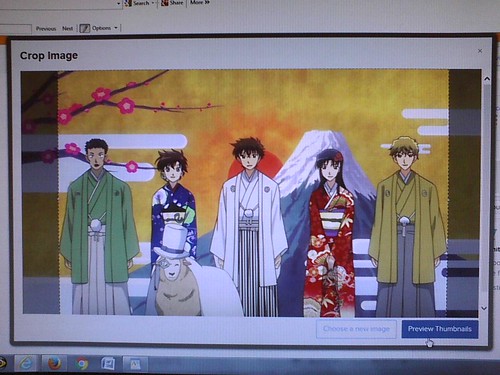 Overall, everything worked out for the best, and this first set of stars was well-earned. This is easily my favorite project of the week, and I am more than satisfied with the effort I put into it.

As for the final product, I recommend that you take the test for yourself, here.